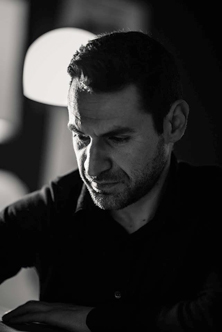 Angelos Konstantinou started his journey in the world of cartoons officially in 2006, when he won the REAL COMICS’ magazine comic contest with his comic strip INTO THE PIT.

This led to various publications of comic books such as INTO THE PIT (2008), BEYOND THE PIT (2010), and MILTOS PERSIDES’ DESTINY (2013) comic book, written by Vassilis Chilas.

He lives in Athens, Greece.